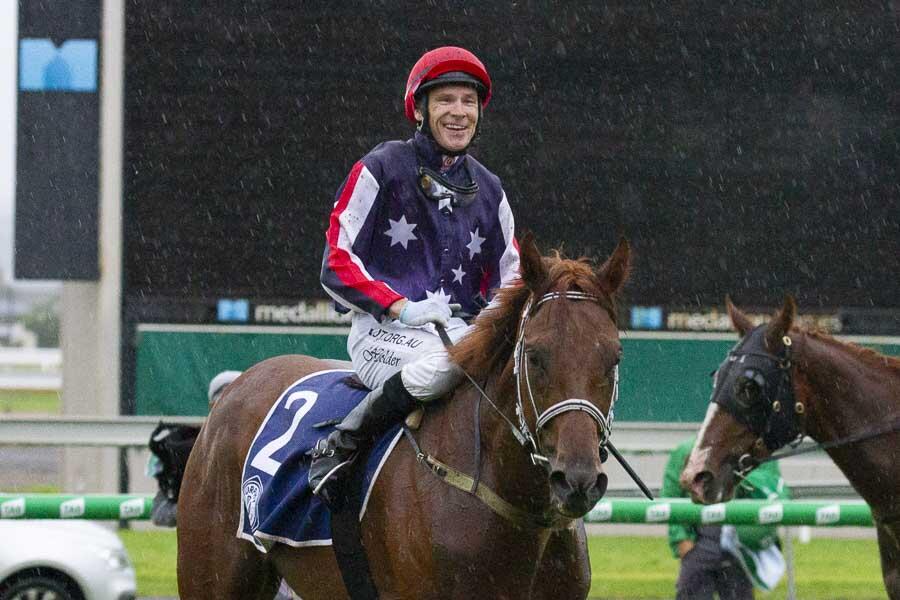 Well our stable have a busy day coming up on Saturday with 8 acceptors at Morphettville and also Dalasan stepping out in the Group 1 Doncaster at Royal Randwick. We were delighted to provide Jason Holder who does the bulk of our stable riding with the opportunity to travel to Sydney to ride Dalasan.

At the official barrier draw in Sydney it was Dalasan’s breeder and part owner Harry Perks who had the responsibility of drawing his gate and Harry played his role by coming up with the number one position. There is a bit of rain around in Sydney which won’t bother Dalasan so fingers crossed for a bold showing from him on Saturday.

With Jason away you would notice we have had to spread our load with riders at Morphettville.

The bulk of the riding will be done by Warrnambool trainer Symon Wilde’s apprentice Melissa Julius. Melissa has ridden well over 100 winners, and her 3 kilo claim will be beneficial to some of our runners.

First to go for us at Morphettville will be Pearl Bandit in the opening race on the program. He is resuming from a spell after being a terrific competitor for us last preparation.

Honest stable stalwart Dr. Dependable has his first run this campaign in Race 5.

Ichibansan then tries to emulate his half brother Dalasan by winning the Port Adelaide Guineas Race 7.

We have a strong two pronged attack in the following race with Midnight Storm and Tony’s Reward.

Finally Glory Game will do her best in the final event of the day from a horror barrier draw.

Best of luck if you are involved in any of these runners on the weekend.